Naturalis possesses one of the most important fossil finds in the field of human evolution: the remains of a Homo erectus. This includes a scratched skull cap, a femur and a molar, all found by Dutch researcher Eugène Dubois.

This permanent exhibit tells the story of Dubois’s quest and shows off this extraordinary find as a scientific treasure. Fossils are difficult to read for most visitors, so a reconstruction of a female Homo erectus by Kennis & Kennis makes it accessible and illuminates a key figure in human evolution.

To the average visitor, fossils don’t look like much at first glance. The concept behind the exhibition room was to make sure that fossils are given the importance they deserve. Fossils lead the story in the introduction film. They are the only objects in the scientific ‘treasure chamber’, displayed in the middle of the room like jewels in a jewellery box. (This also ensures a three-way division in the space.) And for a finale, fossils are brought to life and you can meet a Homo erectus woman as you leave the exhibition.

Visitors enter the exhibition and walk towards a wall with a timer which tells them when the next AV show begins. It’s a transition between public space and the exhibition room. Moving further around the wall, they enter into the first of the three exhibition areas. Once here, visitors see an animated film of the adventurous story of Eugene Dubois. The film ends on a cliff-hanger: Are these fossils here?! The giant white cube on which the film was projected is also the exclusive place where the fossils are kept! You go inside and see the fossils, which are mounted in a very special way. Padded velvet walls dampen the acoustics of the entire room. The fossils are mounted in a display case next to a white model of Homo erectus. A permeable mirror between the two creates an optical illusion: the fossils seem to float in the white model! That way, visitors can see where the fossilized bones belong in the figure.

In the third and final section, the life-sized model by Kennis & Kennis is beautifully lit in an open space. Does she watch as you walk out of the room? Lamps from the giant central cube create shadows on the back wall. Shadows of visitors overlap the shadow of the model and seem to imply that they are also part of the story: a poetic connection. Visitors walk back along the walls, the same as when they came in. They can see other hominids in a wall niche, among them the bog girl ‘Lucy’.

Eugène Dubois: Background
Did humans evolve from ape-like ancestors and was there ever an intermediate form: half ape, half human? Charles Darwin, originator of the theory of evolution, was the first to see humans as an ‘ordinary mammal’. In his book ‘The Descent of Man’, published in 1871, he claimed that humans had undergone gradual evolution just like all the other animals. Darwin’s theory of evolution predicted that human development must have gone through some intermediate form. German biologist Ernst Haeckel gave this transitional form between monkey and human a name: Pithecanthropus (ape-human). A Dutch doctor, Eugène Dubois, became obsessed with the idea of ​​finding this hypothetical ‘missing link’ between ape and man. From 1890, and spurred on by Haeckel, he tried his luck in the Dutch East Indies. It was like looking for a needle in a haystack. However, on Java, Dubois had the unimaginable good fortune of digging up a skull, a molar and a thigh bone, which all had a mixture of ape-like and human characteristics. He had found his ‘missing link’.

Although Dubois experienced a great deal of opposition in his time – just like Darwin – his findings are important evidence that there is an evolutionary link between humans and apes. Many of the world’s natural history museums tell this story using replicas of the skull, thigh bone and molar of ‘Pithecanthropus’ – Homo erectus, the upright human. But Naturalis is host to perhaps the greatest treasure in evolution theory: Dubois’s original finds. This example of Homo erectus is the Mona Lisa of natural history. What’s more, a fourth treasure was recently added: a skull cap which Dubois brought back with a strikingly deliberate pattern scratched into its surface. Research indicates that the scratches were also made by Homo erectus, which means that the record for the oldest known engraving – which was 100,000 years – is now half a million years old.

Since Dubois, countless finds have created a much more detailed picture of human evolution. Our evolutionary history is no longer the proverbial linear leap of ape to human via the proverbial ‘missing link’. it is now a mature, wildly branching family tree, telling a complex and diverse story which took place over millions of years in Africa, Asia and Europe. 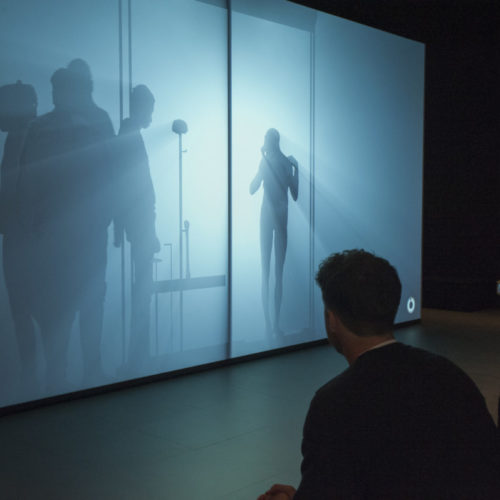 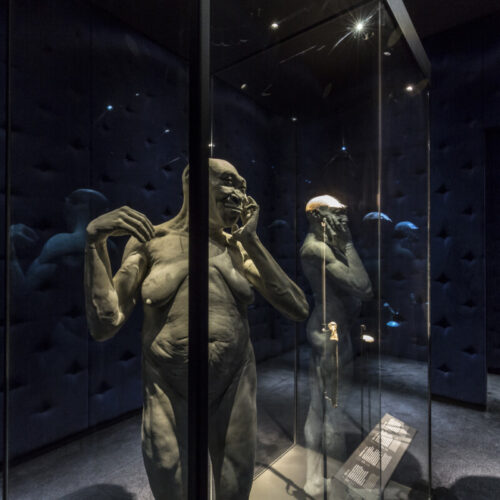 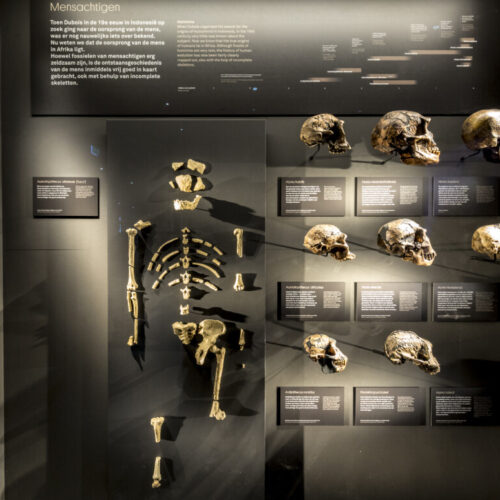 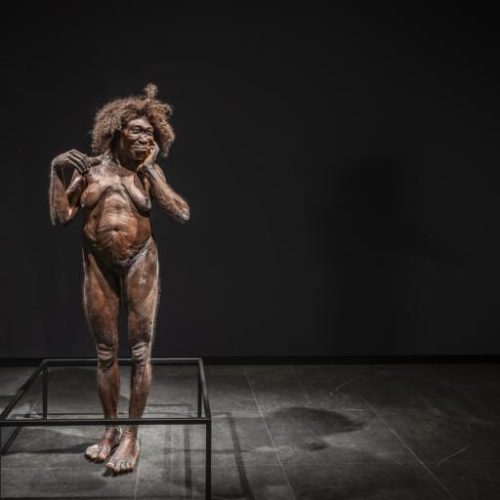 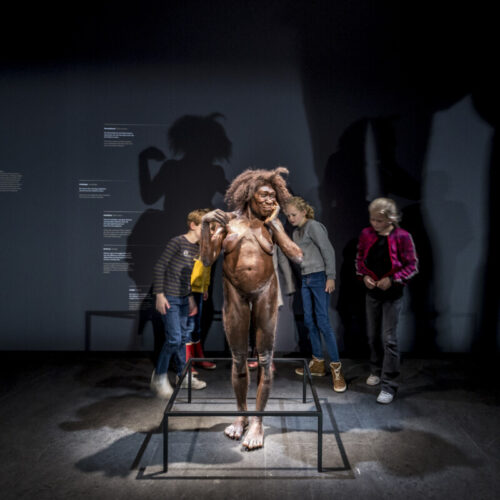 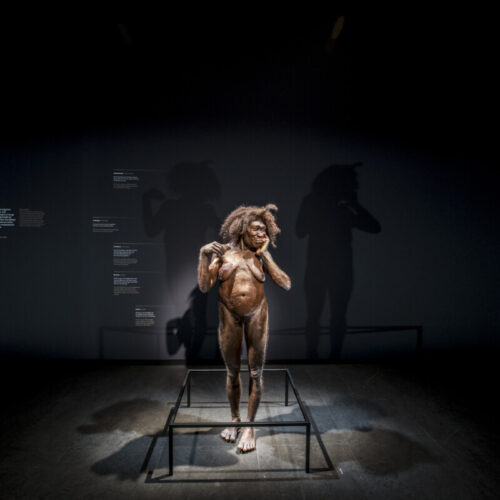 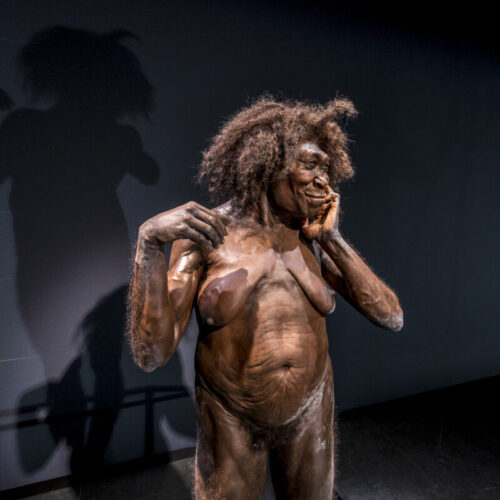 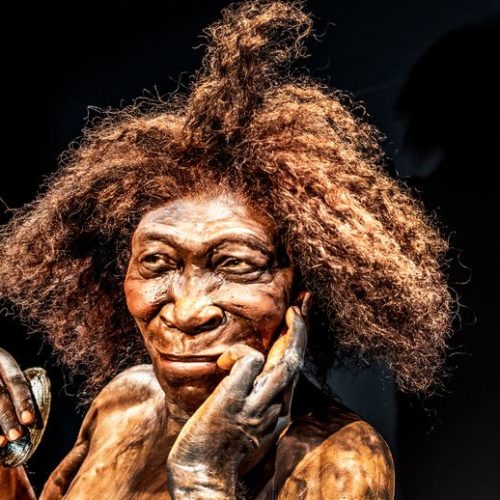