The users of the school, the students, were central to this interior concept. By inviting them to think up and co-create the interiors, they became co-owners. Students were invited to workshops in which they came up with their own graphic elements for the school interior, all within a colourful house style. The results were then added as content wallpaper in various places around the school. Every year, a committee is formed which is responsible for new graphic expressions: a growing concept. 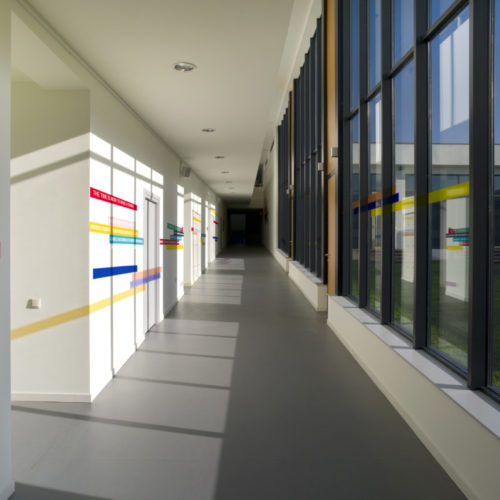 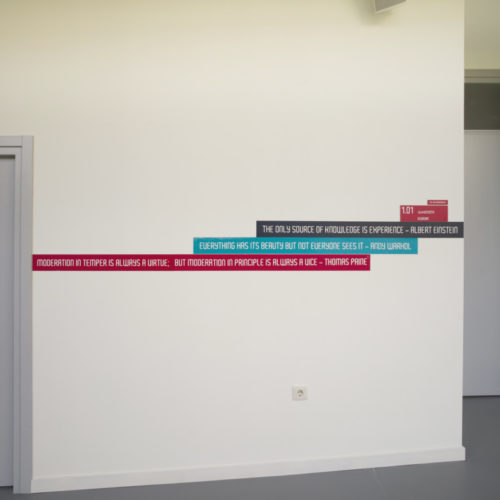 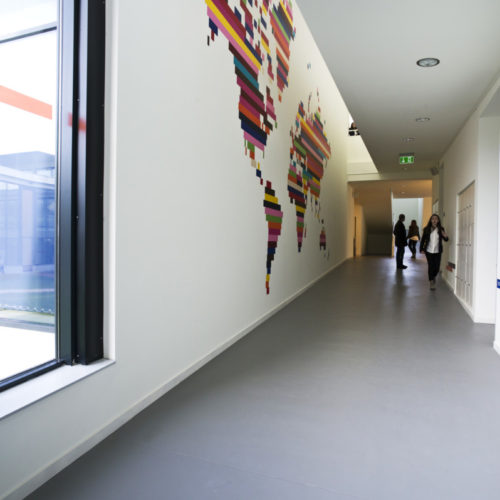 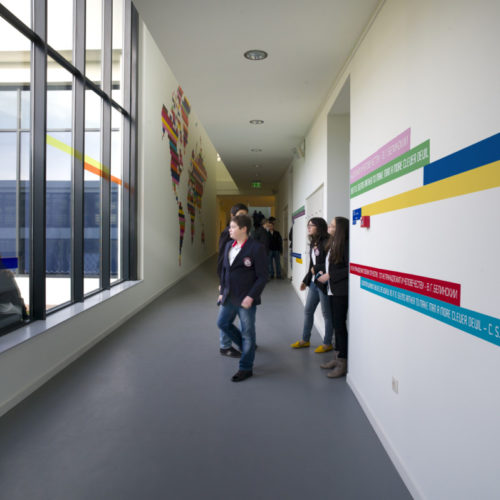 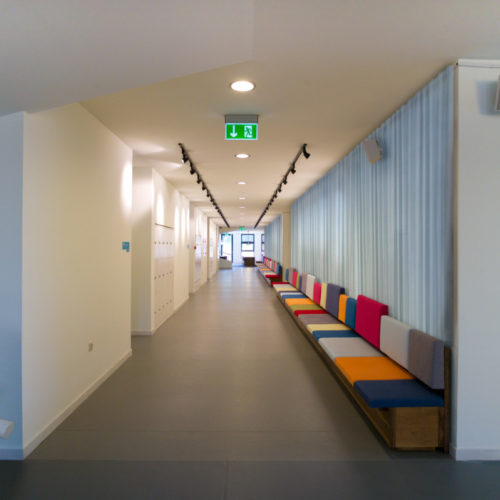 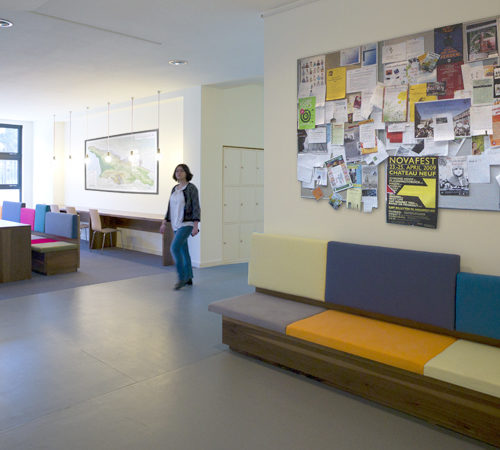