Designwolf designed an exhibition for the Dutch Natural History Collections Foundation, which was shown simultaneously at eleven affiliated museums. This meant it had to be made eleven times.

In the Netherlands, insect populations are doing badly and that includes bees. This exhibition aims to make visitors aware of the importance of bees. First, visitors learn more about the wild bee. Most people only know the classic honeybee who lives with a queen as part of a colony. However, there are more than 200 species of bee in the Netherlands, the majority of which live as solitary insects.

So the bee population is falling. We have to man the barricades! When developing the exhibition, this quickly led to the punk movement and its style of the 1980s. There were buttons produced in line with this punk feeling ( Down With Tiled Gardens!!) which visitors could take home.

The seven subjects of the exhibition each had their own panel with a flower on it. Visitors walked from flower to flower, just like bees in their search for nectar. These panels could be easily assembled by the museums themselves. Visitors learn more about bees and how we can help them in their environment.

The small budget played a major role in the exhibition and it was quickly decided to print the entire exhibition on wood. Because the exhibition was about the effects of pollution, we wanted to minimize residual waste. Each panel and its supporting parts could be cut from precisely one wooden plate. We were also able to integrate some simple interactive elements. 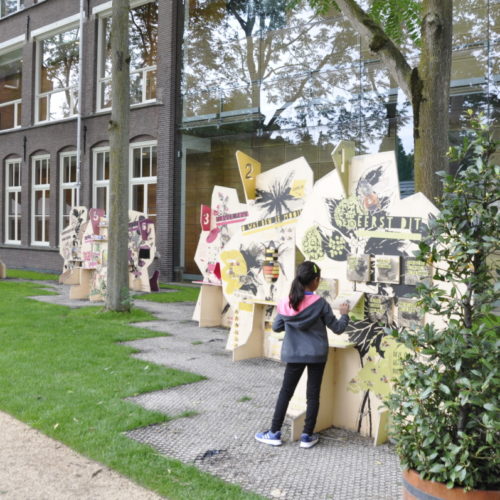 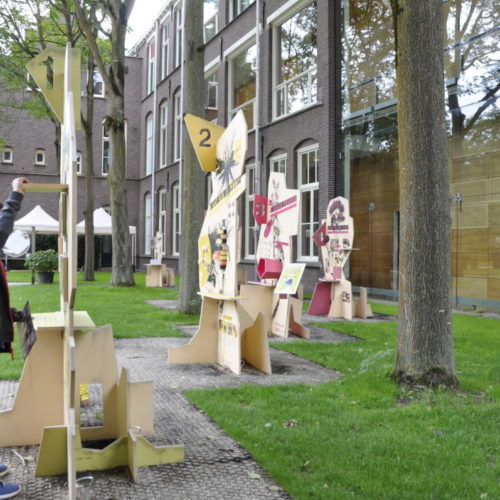 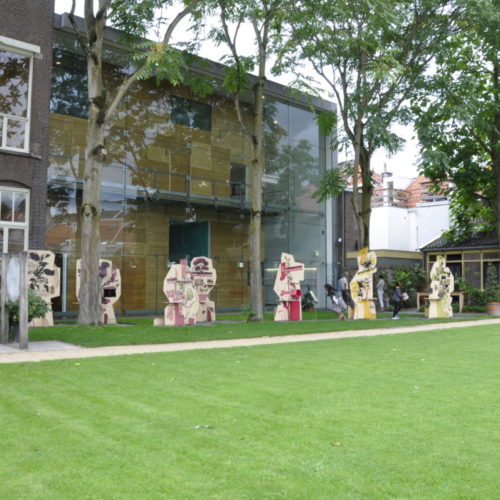 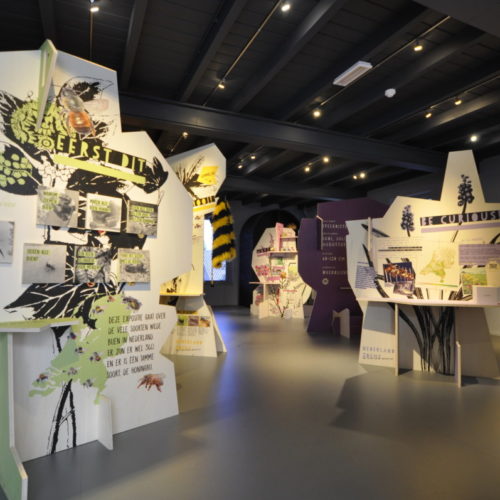 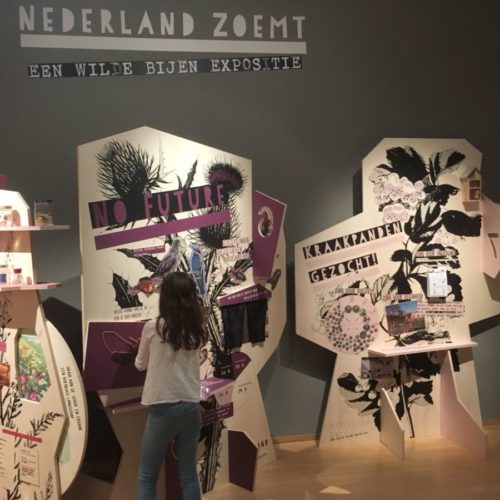 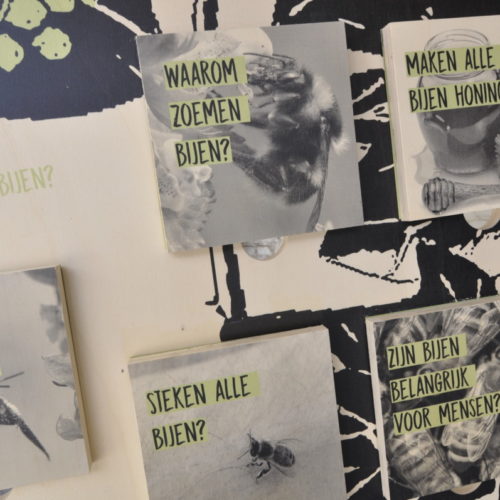 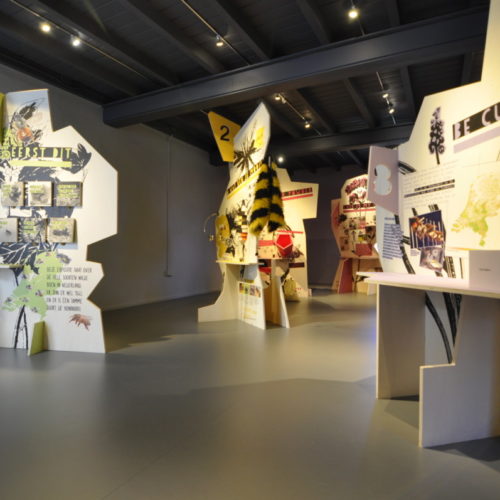 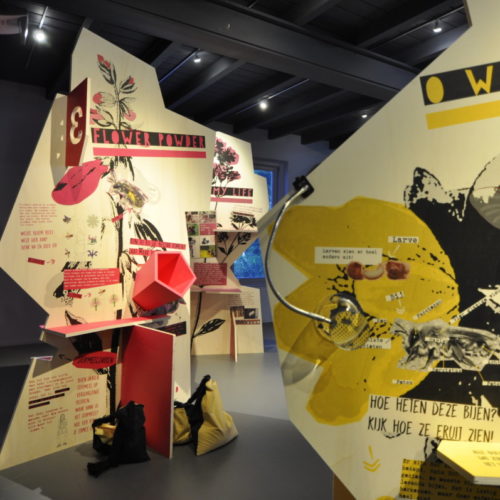 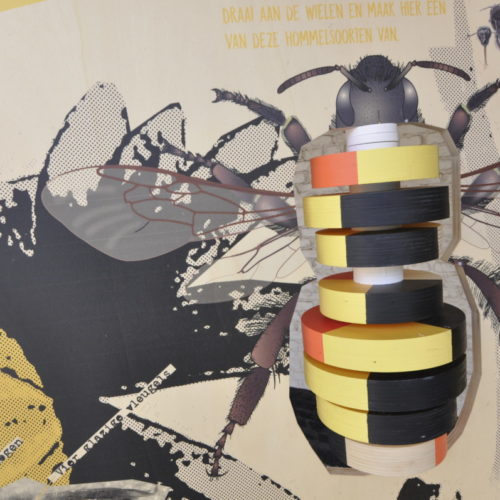 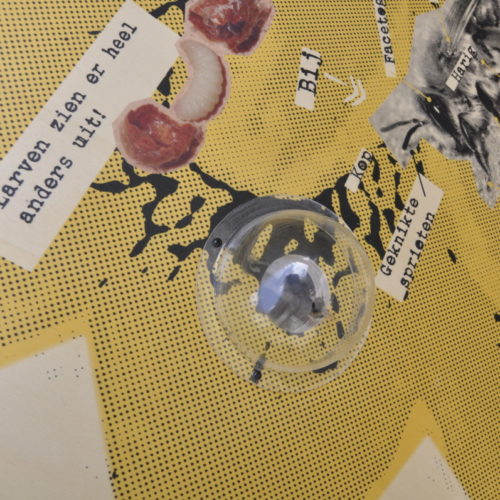 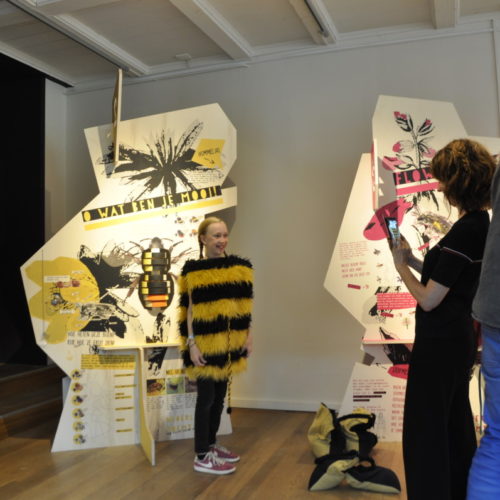 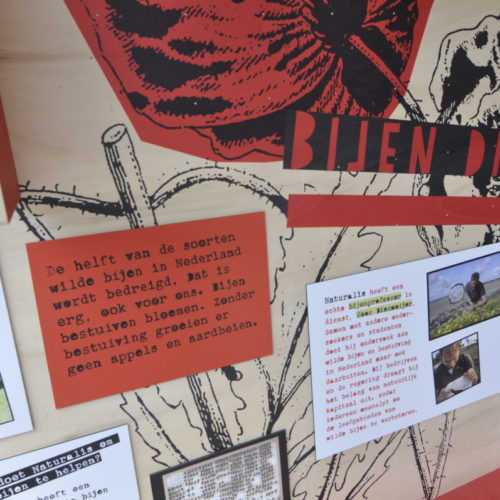 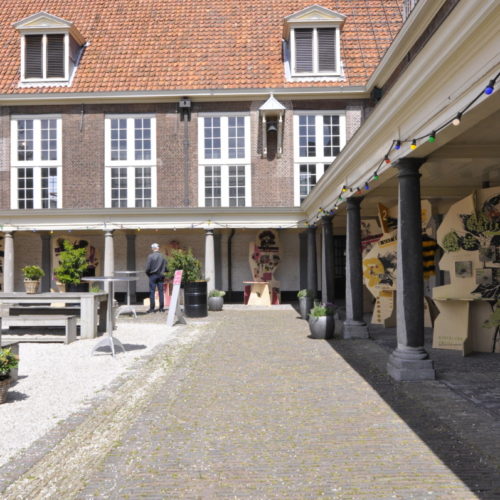 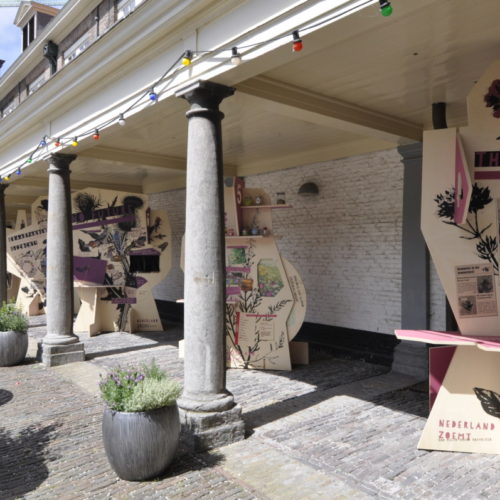 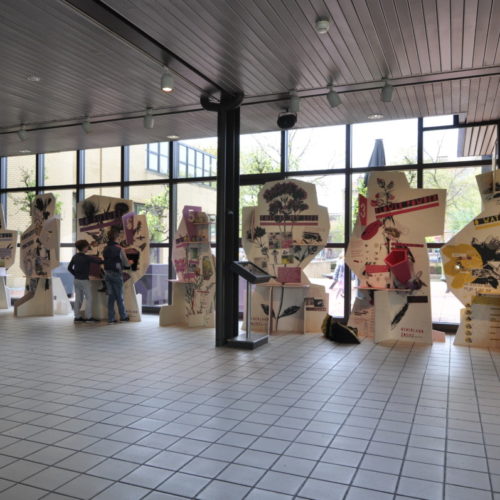