As we enter the exhibition, we immediately come upon a large model of the Waal Bridge. The canvas timeline starts on the right-hand wall. The floor’s original light blue was used as the colour for the panelling. We have the impression that we’re sailing along the Waal, the river always flowing…

Upon arrival, we are introduced to ten people whose fortunes we follow through the course of the war (and afterwards). We see the war through their eyes, and always with a different perspective. This goes from German soldier to a Jewish woman in hiding to a Dutch mayor.

In five exhibition rooms, stories are told in a more emotional way. They are logically placed in time following the main canvas timeline. A large table is shaped like Plein 1944, a town square ‘created’ by an Allied bombardment during the war. This ‘friendly-fire’ bombardment has its own film. As we walk through an opening in the timeline, we see a block of 800 cardboard boxes. These surround the film theatre. Each box represents one bombing casualty: a metaphor for the overwhelming number of people who died.

Time goes on. We are told stories about the liberation and the end of the war. The exhibition ends with a photograph of the current Waal Bridge. We have arrived back where we started. Children can make paper boats and sail them on the Waal. They join the boats already there. 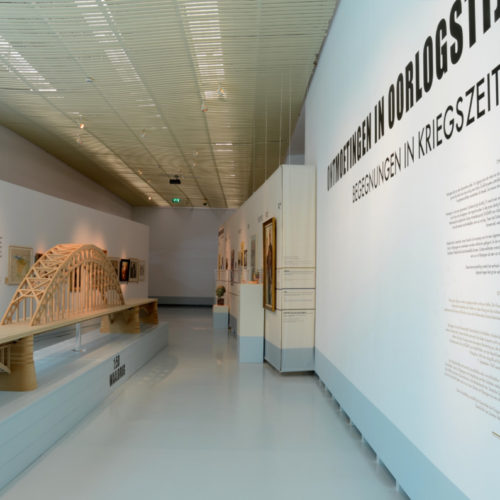 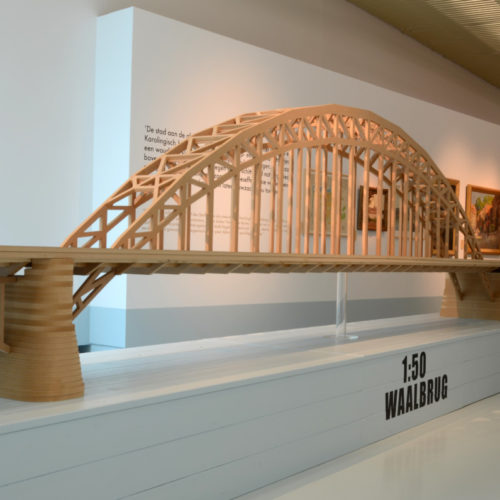 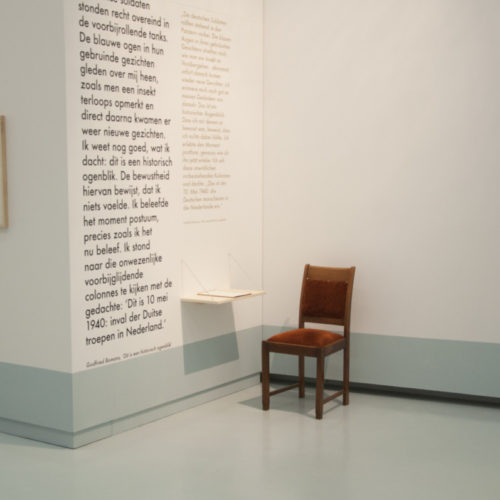 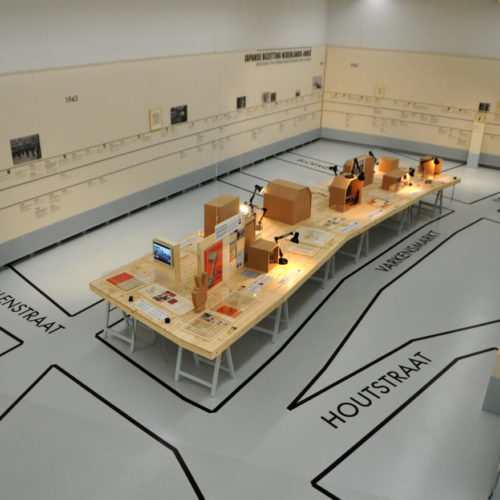 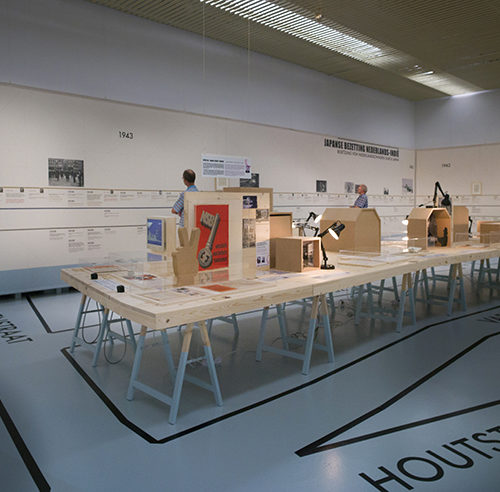 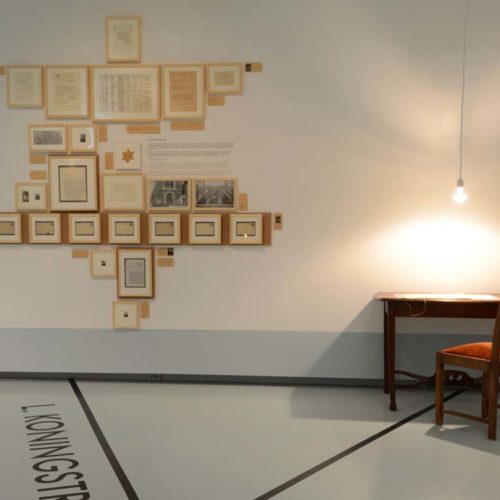 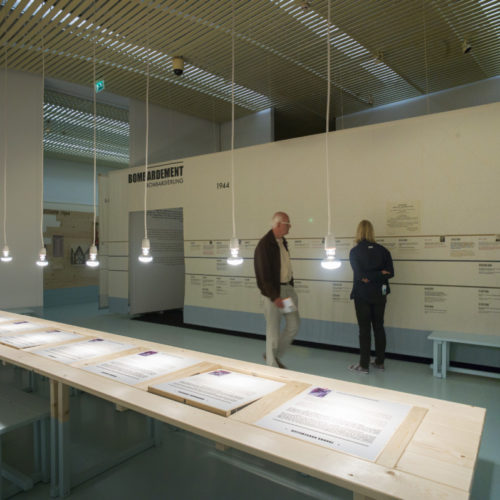 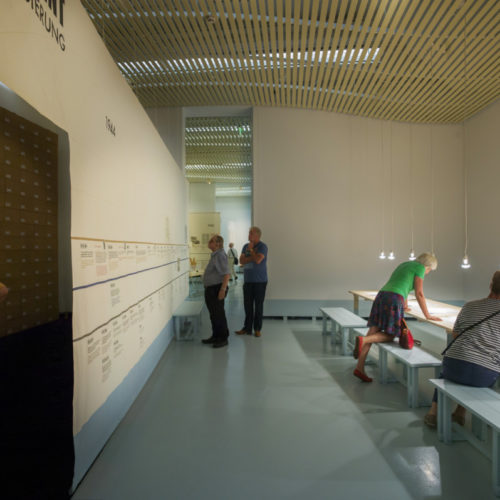 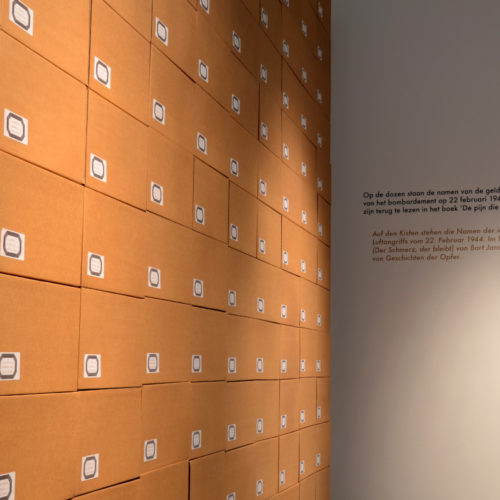 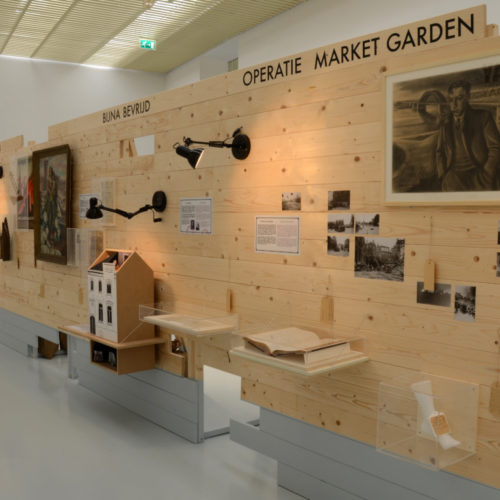 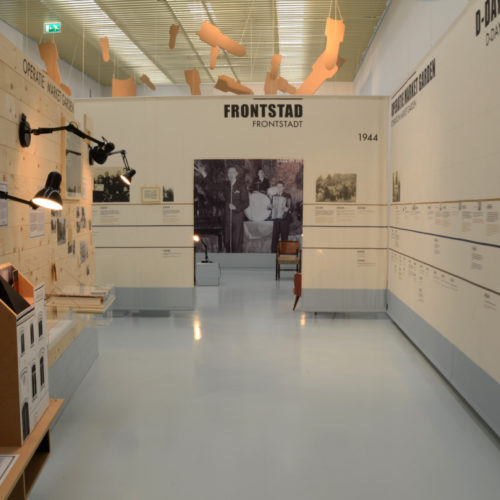 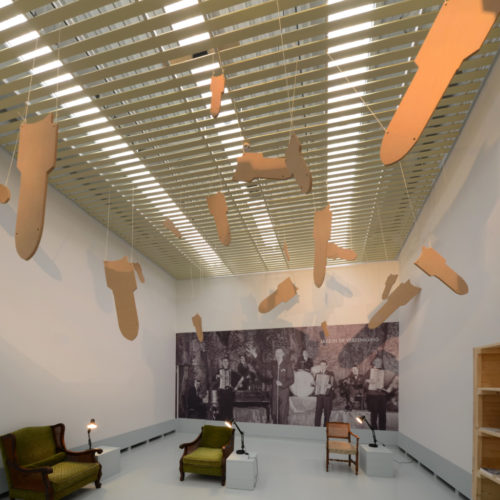 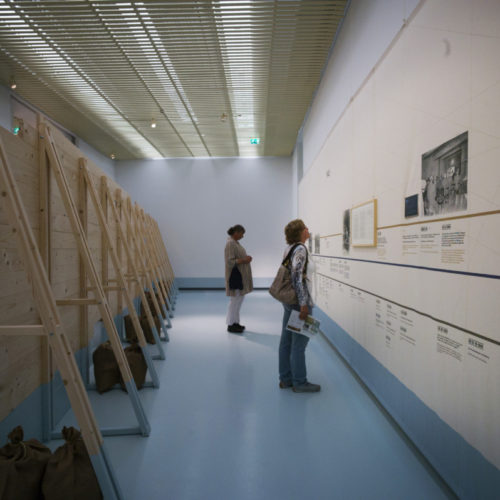 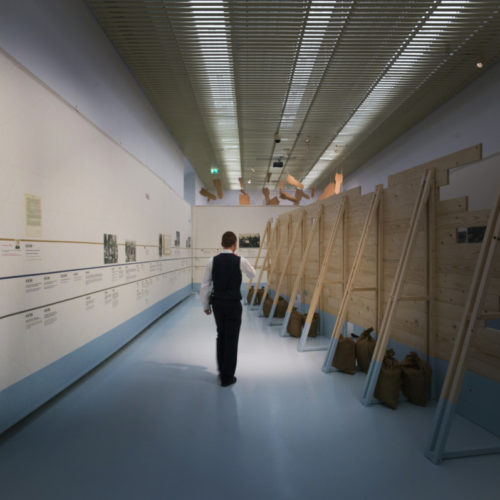 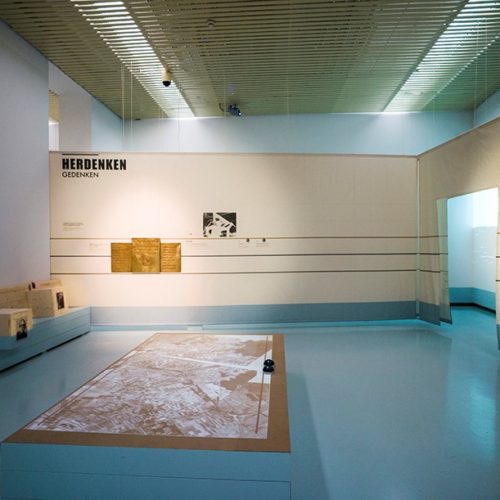 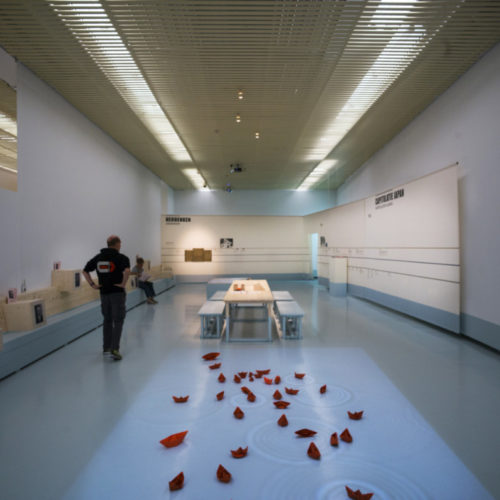 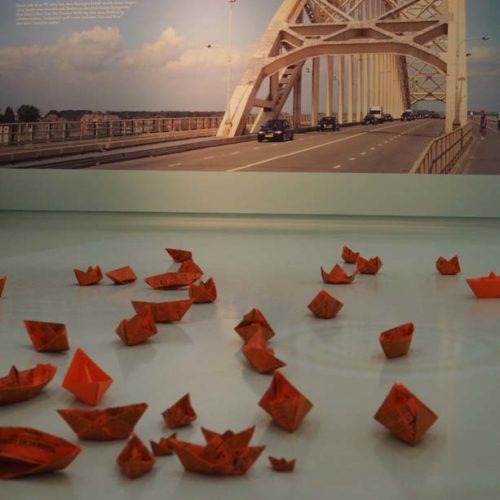 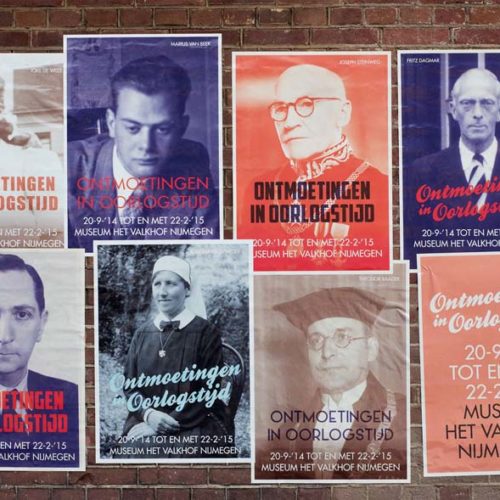